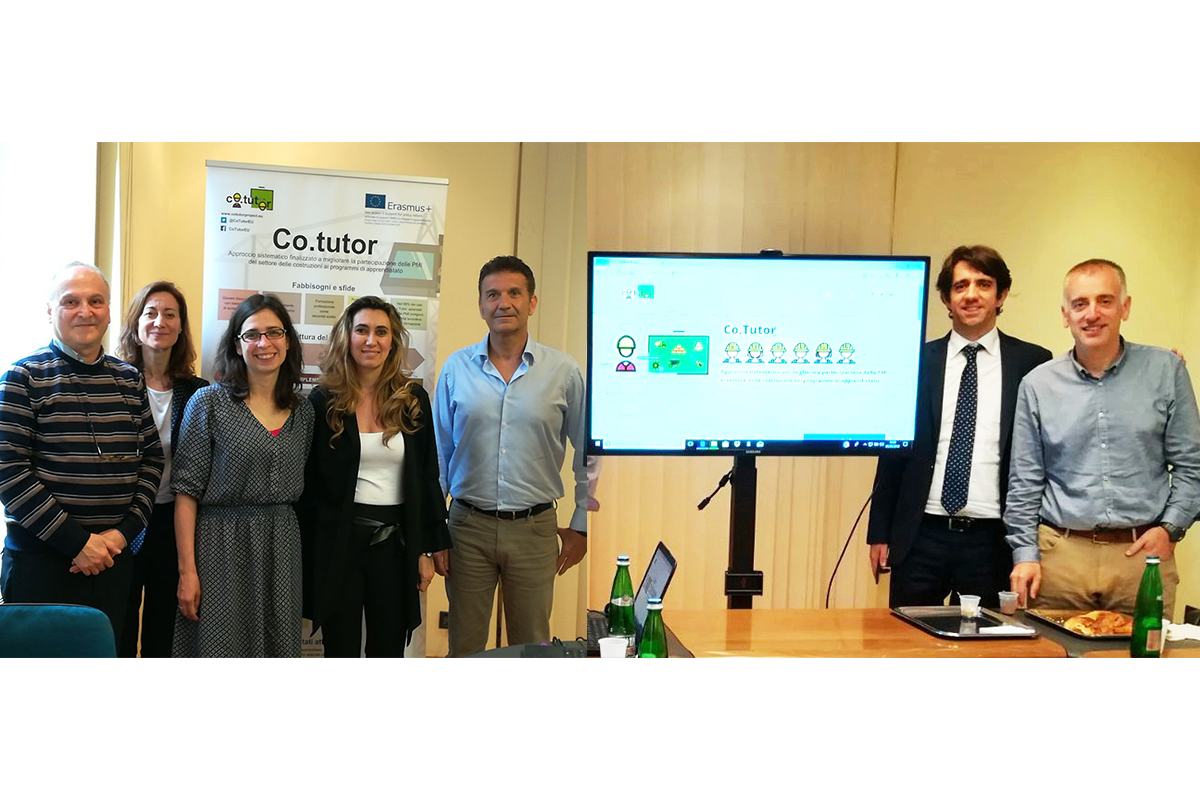 The fourth partnership meeting of the project Co.Tutor belonging to Erasmus+ Program was realized in Rome at 3th-4th May, to address the status of this initiative that is now in its final quarter.

During the first day, the partners reviewed all the tasks, products and deliverable documents, foreseen in each phase for the complete implementation of the project. In addition, the Partnership of the four Spanish and Italian entities bet on the reinforcement in the work that ahead to face, without problems for the good Co.Tutor development.

On the one hand, they emphasized that, to now, the dissemination of the achievements of the project is successful and stressed that the social network that has had more impact has been Twitter. On the other hand, they also presented the results of the Endorsement seminars that were carried out in Associazione Nazionale de Costruttori Edili (Ance) facilities, last January; and in National Construction Confederation (CNC) facilities, at the beginning of February, which gathered more than 20 company representatives.

The Endorsment seminars are being a way to reach the target of the project. In addition, consortium members discussed the most appropriate way to approach the assessment to be carried out by National Advisory Groups (NAGs) in the next phases of the project.

During the meeting, the partners showed the results of the surveys and interviews carried out to achieve the aims of the Co.Tutor project. In consecuence with the methodology used for the first draft, 47 competences were obtained from these queries. The Partnership grouped the skills into four modules, which will be developed by each country: Spain will host the first two, on Program preparation and planning and Apprentice tutoring; Italy will manage the next two, focusing on Apprenticeship assessment and Permanent learning and improvement.

In addition, Fundación Laboral de la Construcción explained the mechanisms for raising the quality of learning programmes in SMEs and recognised that it is very important for this qualification to have in mind those in-company tutors that already work as it. Finally, the Partnership agreed the tasks to-do and scheduling for the next months, until the end of the project in September.

Co.Tutor presents the final results of the project at the IV Forum of the Alliance for Dual FP

The Co.Tutor project comes to an end and presents its results to the SMEs in the National Confederation of Construction